Few linguistic pairings catch the eye of a sugar-holic on a shoestring budget quicker than  4-Ingredient + Cookie.

No sooner was I on my 249-thousandth mindless Facebook thumb-scroll of the weekend than Southern Living’s 4-Ingredient Peanut Butter Cookie video caught my cookie-craving eye, and my apron strings were tied.

“4? That’s it? We’ll see.” My ever-the-inner-skeptic questioned. “To waste or not to waste the cup of peanut butter on this experiment, though?” My more recent proclivity for penny-pinching battled.

My curiosity (sweet tooth) won out, and judging by the three cookies left in <12 hours, we kind of liked them in my house.

Well duh, I hear you thinking. Like who am I, Robin Karber, to question Southern Living? 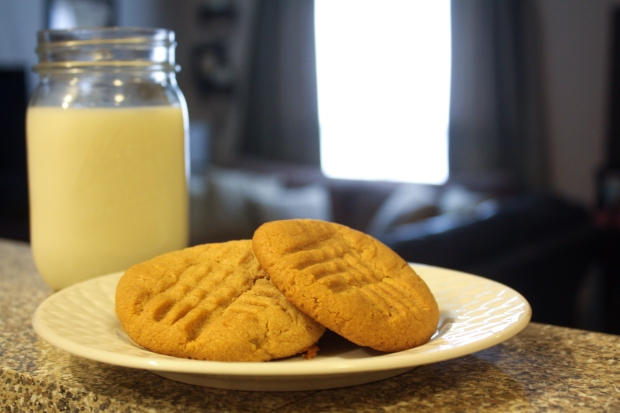 Not-So-Pro-Tip: praise the Lord for the mother of invention, or in this case, peanuts. Wedded to a devote Team Crunchy disciple, crunchy peanut butter is all I had on hand, but otherwise would have probably opted Team Creamy. Because I’m extra boring like that sometimes.

However, IMHO, the extra peanuts may have kicked these babies up from “a pretty good experiment” to “on the regular baking rotation.” 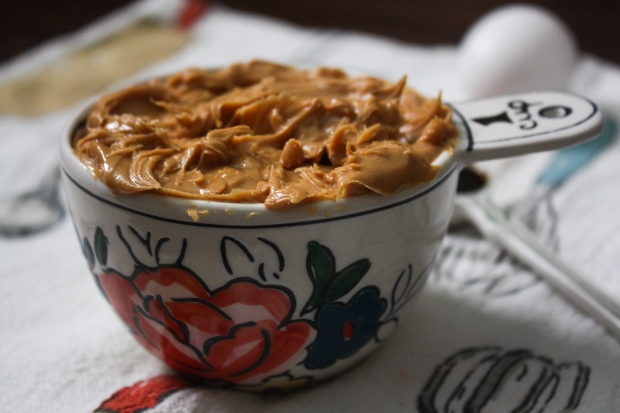 From approximately yay-amount of dough:

I baked approximately a baker’s dozen in the end? I forgot to count before my husband began to vacuum-inhale these heavenly morsels down. Not enough to host an all out bash, but just the right amount for a small family of two to stuff themselves shamelessly onto the brink of a sugar coma.

A successful experiment from the Karber Kitchen, in my cookbook.

I’m Robin! I believe in bubble baths. I believe in really good hugs. I believe the right shade of lipstick is the one that makes you feel like a million bucks. I believe in the magic of chocolate chip cookies, laughing until you cry, and really pretty shoes.

I believe every day may not seem special, but every day is sprinkled with little things worth smiling about. Welcome to the space where I hope to inspire you to seek out the daily sprinkles in your life by sharing with you the little sprinkles from mine.